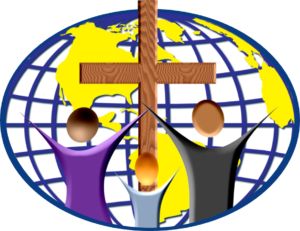 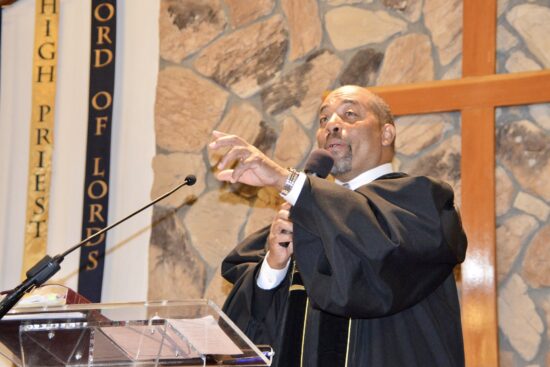 He is the second oldest of 7 children.  He was brought up in a home where God reigned and his parents truly loved the Lord. They continually instructed him and his siblings in the way of holiness.

His parents moved the family to Toledo Ohio in 1960.  Bishop Clint was baptized in Jesus Name at the age of 8 years old and received the gift of the Holy Ghost at the age of 12 at Bethel Apostolic Church under Pastor Ernest Cross of Toledo, Ohio.  He was a member of Bethel Apostolic Temple until 1975, when he felt the leading of God to attend Bibleway Temple of Toledo, Ohio under the pastorate of Bishop Carl Mitchell Sr.

In 1976, Elder Clint graduated from High School and joined the United States Air Force where he served as an electronics technician until 1979.  After his time served in the military he returned to Bibleway Temple where he diligently labored in the ministry.  Whatever his hands found to do he did it with all his might to the glory of God.

In 1980, Elder Clint was called to the ministry and began teaching in the Christian Education Department.  He preached his first message in June 1981, “Humble Yourself under The Mighty Hand of God.” Bishop Clint was a Masonry sub-contractor and is a retired Master Brick Mason. In 1984-1986 Bishop Clint attended the University of Toledo, majoring in Business Management Technology, the Ohio Diocese School of Theology focusing on Christian Ministry. In 1985 Minister Jeffery Clint Sr was licensed as an Elder in the Bibleway Churches of Our Lord Jesus Christ Worldwide. Today Elder Clint is still teaching and preaching the unadulterated Word of God. In 1989 Bibleway Temple moved its church fellowship to the Pentecostal Assemblies of the World. Elder Clint began working in the Ohio District Council YPU under the leadership of Elder Eugene Sanders.

In 1992, Elder Clint felt God leading him to help Elder John Tate, pastor of Zion Tabernacle in Port Huron, MI.  Elder Tate and Elder Clint both served together at Bibleway under the leadership of Pastor Carl Mitchell.  He served at Zion Tabernacle for 5 years establishing their Christian Education Dept. and assisting with the church constitution and bylaws.  In 1994, Elder Clint was appointed assistant pastor to Elder Tate.  He worked dutifully in that capacity until 1997 when he returned to Bibleway Temple continuing to work in ministry until he was called to pastor in Denver, Colorado in June 2000.

June 2010 Pastor Clint was ordained as District Elder in the North Western District Council of the Pentecostal Assemblies of the World.

June 2015 District Elder Clint was elevated to the office of Suffragan Bishop in the Colorado State Council 61st Episcopal District of PAW, Inc. where he continues to serve the people of God.

In 2011-2016 Elder Clint attended University of Colorado Denver Campus where he majored in Communications and Minored in Business.

In 2013, God called his father home, one of Pastor Clint’s great mentors, his dad was always on his side in the ministry. He taught him to stay rooted and grounded in the unadulterated word of God and to lead by precept and example. This has been the driving force in Bishop Clint’s life to this day.

Elder Jeffery Clint and Sister Cynthia Mitchell, were united in marriage on August 2, 1980.  In August 2020, they celebrated 40 years of marriage.  From this union four beautiful children were born:  Romica, Jeffery Jr., Whitney and Latricia.  As their parents did, they have instructed their children in the lifestyle of holiness.

God has continued to add to their family. Between 2001 & 2014, they have been blessed with seven beautiful grandchildren, Jeffery Clint III (deceased), Laneya, Isaiah, Caleb, Daveon, Nylani and, Zachariah.

Bishop Jeffery and First Lady Cynthia Clint are passionate about spreading the Gospel of Jesus Christ and continue to fervently teach and share His love throughout the greater metropolitan community and the world. They are more determined than ever to do the will of Him that sent them and to finish their work.

“To God be the glory for the things he has done.”